The Voice of the Sonoma Valley
Search 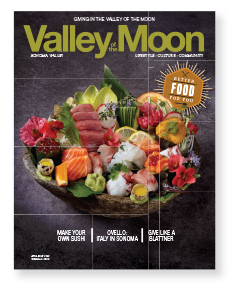 EDITOR’S LETTER | The calculus of almost everything safe and familiar has changed, not because of bombs, bullets, fire, or quakes, but from a tiny invisible microbe that quickly and silently has altered—perhaps forever—our assumptions of what is safe and familiar.

We really shouldn’t be surprised, but then countless experts weren’t. Epidemiologists have been expecting something like COVID-19 for years, have viewed SARS and MERS and ebola as near misses, and are now underscoring the reality we live with, and have been living with for a very long time.

Pandemics are, of course, not new. There were three in the 20th century, including the 1918 Spanish flu that killed an estimated 20 to 50 million people, after infecting some 500 million, about a third of the global population. European intrusion into North and South America brought disease in pandemic proportions, notably including smallpox, which is credited with killing at least 30 percent of indigenous people on the West Coast. Some estimates state that 80-95 percent of the entire indigenous population of North America died in disease epidemics the century following European contact in 1492.

As climate change is teaching us every day, the power humans have to control their environment, manage nature, and impose any singular model on social, political, cultural, and spiritual reality is ephemeral, illusory, and profoundly naive. When a president tells the world he hopes the 3,000 potentially infected people stuck on a cruise ship just off San Francisco aren’t allowed to come on shore because, “I don’t need to have the numbers double because of one ship that wasn’t our fault,” that isn’t just petty and political, callous and craven, it is staggeringly stupid.

What better way to control the spread of this disease than to bring all those exposed ashore at one place, at one time, with all the resources of the Bay Area to manage the arrival safely, humanely, and collaboratively? There is nothing political about coronavirus until petty politicians make it so.

If there were ever a time for the nations of the world, the leaders of the world, to come together collaboratively, to share science and wisdom, funding and logistics to confront a mutual clear and present danger to mankind, this is it. But instead our president is keeping score?

That reaction echoes his behavior in cutting humanitarian aid to Guatemala, Honduras, and El Salvador last year in an effort to stop the tide of refugees coming to our borders. A wise president would have done the opposite. Those countries are hemorrhaging refugees because their economies are collapsing, peasant farmers have been decimated by drought, and the people are starving, children are dying, they’re desperate. Why is that hard to understand?

Apologies for this rant; that’s not the subject originally intended for this space. But things happened.

Inside you will find, we think, some enticing content about really tasty food that is actually better for you. You will also read about some people and organizations that are part of a wave of giving that helps sustain the vision of Sonoma’s future many of us hold.

Enjoy the read, wash your hands, and remember, friends don’t let friends sneeze in their spaces.

the good things other great communities have, and then it has

We want to hear from you, your comments, your stories, your opinions.