The Voice of the Sonoma Valley
Search
By davidb on December 27, 2020 The Arts

On the twelfth day of the twelfth month of 2020, under a bright sun and riding a soft breeze, an hour-long procession of soap bubbles circled from the crest of Bodega Head and drifted down over the ocean side beach.

There were multi-colored, iridescent circles and tubes and amorphous blobs, shape shifting at the whim of invisible air currents, slipping out to sea and back, melting into blankets of ice plant, popping against shoreline rocks, vanishing in the sand.

The originator of this ephemeral artwork was hidden from sight somewhere behind the field of view, but she or he clearly had mastered the craft of blowing really big bubbles. And that’s a skill requiring something slightly more sophisticated than a bucket of soapy water, although the formula for birthing really, really big bubbles is widely known, and has even been the subject of scientific research by scientists at Emory University in Atlanta, who published their findings on fluid mechanics in the journal Physical Review Fluids. 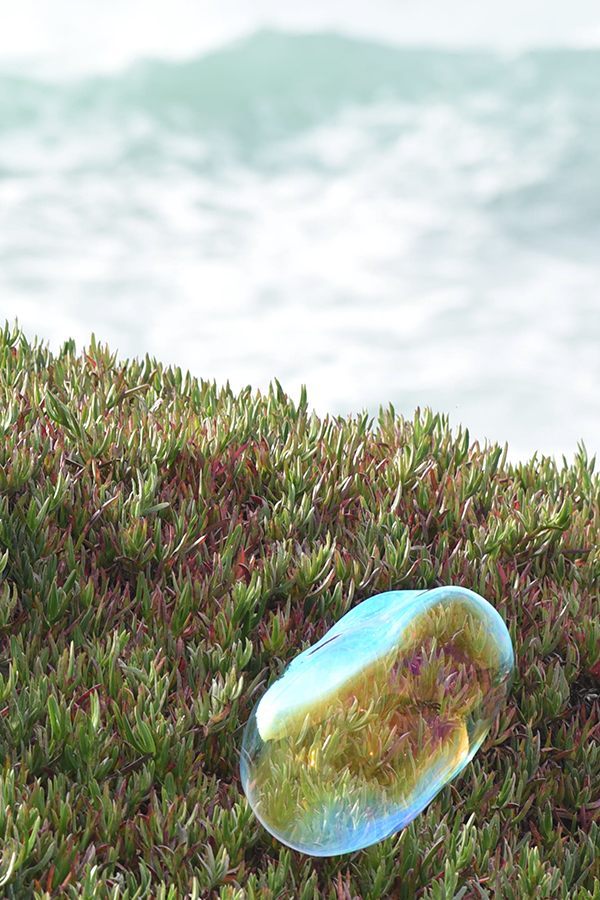 Turns out that not only do you need a good liquid dishwasher soap (almost everyone uses Dawn), but also some guar gum powder, a little baking powder, some isopropyl alcohol and the proper mixing of the right amounts of each ingredient.

But what the Emory scientists discovered that may have been groundbreaking, was that not only did the best bubble recipes utilize a polymer (a substance consisting of long chains of repeating molecules) but that polymers that had aged developed molecular strands of varying lengths, which resulted in stronger bubble films.

So, while many bubble makers rely on guar gun as their polymer, the Emory team discovered that polyethylene glycol (PEO) aged about six months produced the strongest bubble films. We’re talking here about bubbles big enough to envelop a car.

Not everyone takes soap bubbles to that extreme, but making soap bubbles has become such a popular phenomenon that there is now a Soap Bubble Wiki (an online, open-source site) with all the information needed to make perfect bubbles. 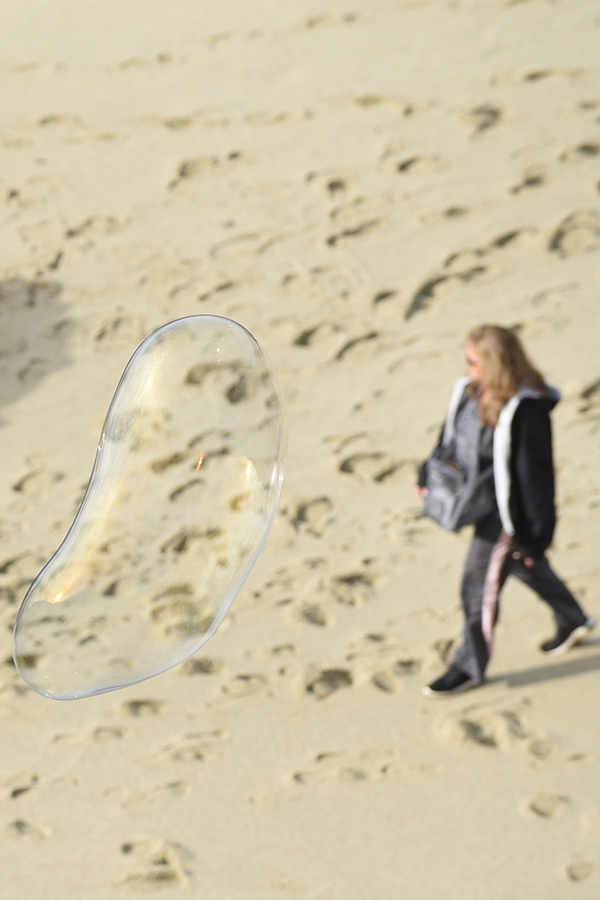 And Sonoma County has its own Bubble Lady, Suzie Lindsay, as well as an online course  – Bubble Science 101 ­– created by retired scientist Ron Schultz at Santa Rosa Junior College, offering both a bubble recipe and instructions for building a bubble wand.

There is probably no better place to blow bubbles than the Sonoma County coast. So if you want to create endless entertainment for yourself and others in these COVID-confined times, gather the ingredients, make yourself a wand, and let the good winds blow.

For Soap Bubble Wiki, go to soapbubble.fandom.com. For the SRJC online course, go to bubblescience101.com.