The Voice of the Sonoma Valley
Search
By davidb on December 15, 2020 Home & Leisure

History does not always announce itself with monuments and plaques and statues and Ph.D. theses. Sometimes history is quiet, shy, almost forgotten, no matter how compelling its story.

That’s kind of the case with the house at the top of Hill Road, half a mile or so up from Arnold Drive, in the history-saturated village of Glen Ellen.

The house is the last residence on Hill Road before reaching the boundary of Jack London State Historic Park, a five-minute hike (if that were allowed) to the ruins of Jack London’s famous Wolf House, and even closer to the knoll where the famous author is buried. 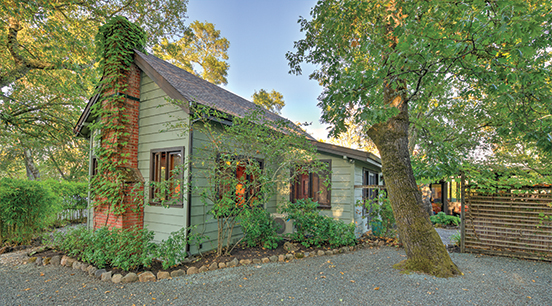 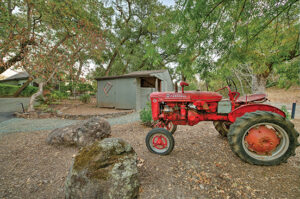 For the past 21 years, that gateway has been the entrance to the home of David and Vicki Stollmeyer, who moved from Sausalito in search of country peace and quiet and had no idea, at first, about the layers of history sandwiched around them.

The house they bought at the top of that lane was designed by the famous San Francisco architectural firm of John Campbell and Worley Wong, and built for renowned sportscaster Ernie Smith, who contributed the clear-heart redwood planks from the house he was leaving in Sausalito. 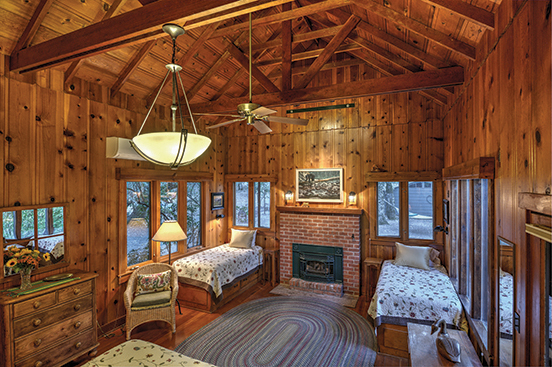 Smith occupied the Hill Road house in 1959, with son Winfield and daughter Mickey, both of whom would become local institutions and devoted defenders of the area’s history and ecological integrity.

Smith, who was inducted into the Bay Area Radio Hall of Fame after an innovative radio career, bought 100 acres of the original 128 acre parcel that London had purchased to flesh out his Beauty Ranch. Most of that land has been sold off, leaving the current 4.6 acres.

When the Stollmeyers arrived in 1999, they quickly became fixtures of the Sonoma Valley philanthropic community, contributing money, insight and leadership to a wide range of civic institutions. Vicki had been a high school Spanish teacher and David was a cruise line executive, before buying an alarm company, dramatically expanding its size before selling it to invest in worthy social causes.

In 2020 the couple decided to pursue a new life adventure by moving to Spain, and they put the house on the market.

The main house — designed by Wong — has been twice remodeled, both times with care to preserve the mid-century modern design aesthetic while upgrading with more modern amenities and a substantially larger kitchen.

Stand in the driveway and you can almost see Jack London driving a team down the hill.

With three bedrooms, four full baths, just shy of 3,000 square feet, a swimming pool, a full-sized bocce court, a small horse barn, and a one-bedroom rustic but modern cabin built in 1939, the property was capable of absorbing family visits from children, grandchildren and countless visiting friends. 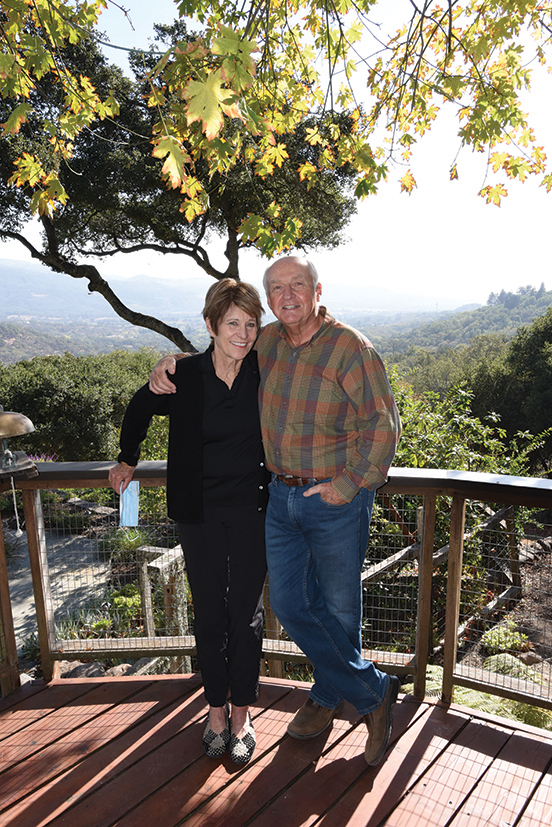 The Stollmeyers became early patrons of the Transcendence Theatre Company, a nonprofit performing arts troupe that helped stop state closure of the London park during a budget crisis by staging spectacular Broadway performances in the facility’s historic stone winery ruins. Founding members of the company lived in the Stollmeyer cabin before finding permanent digs.

David Stollmeyer also succumbed to the local temptation of making wine by planting a 100-vine vineyard, taking the necessary extension classes, purchasing his own press, de-stemmer, aging tanks and bottling equipment and producing an annual Bordeaux blend of 150 to 250 bottles — just enough to fill at lest half of his custom-made wine cellar.

The first vintage, in 2005, David confesses, “was terrible.” But quality increased dramatically after that.

After moving in, the Stollmeyers judiciously pruned some bay and toyon trees to open up the view, revealing a spectacular vista, from the Mayacama mountains across the valley to Mt. Diablo, rising over the East Bay. Vicki Stollmeyer says that every Fourth of July the vantage point frames a whole series of fireworks shows stretching down the valley. Expansive decking circles the south-facing perimeter and a west-facing porch features electric screens that rise and lower electronically, cutting off the entire area from mosquitoes. 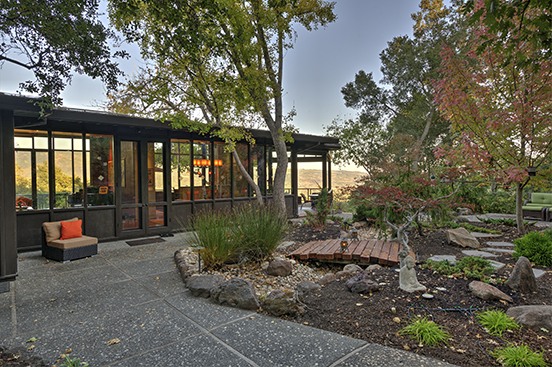 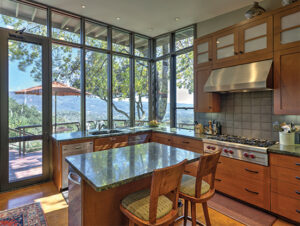 Whoever moves into the Hill Street house next will become only the third or fourth resident in the last 100 years. It’s a sobering thought, not without a certain amount of historical weight. Stand in the driveway and you can almost see Jack London driving a team of draft horses down the hill on his    way to pick up some flour from Chauvet’s grist mill, probably with a stop at the Rustic Inn for a cold beer or three.