The Voice of the Sonoma Valley
Search
By davidb on June 22, 2020 Spirit

Hiring John Holden to heal you requires a certain suspension of disbelief. That’s because his menu of most common client maladies reads like a mash-up of cases from the Emergency Room, the DSM, Dear Abby, and maybe Judge Judy. Holden’s clients, according to his website, are seeking help for “anxiety and depression, personal relationships, general unhappiness, fear and worry, past trauma, addiction, anger, chronic pain, serious illness, money issues, arthritis, injuries, migraines, mourning, fertility and women’s issues, concussions,” and more.

Normally, of course, when a healer advertises a laundry list of cures covering the full spectrum of what ails the human mind, body, and spirit, there is reason for healthy doubt. You expect to encounter, perhaps, a crystal-ball reader with maybe a magical elixir or two.

That’s not John Holden. The same website presents a remarkable number of testimonials from people who claim to have been healed of all manner of physical, emotional, and spiritual injuries. And it doesn’t matter to Holden whether you believe in what he does or not. You can leave your doubt at the door or bring it with you to the small West Napa Street office he occupies in Sonoma, where he greets visitors in khaki shorts, a trim polo shirt and gym shoes, looking very much the athletic, longtime physical therapist that he is. 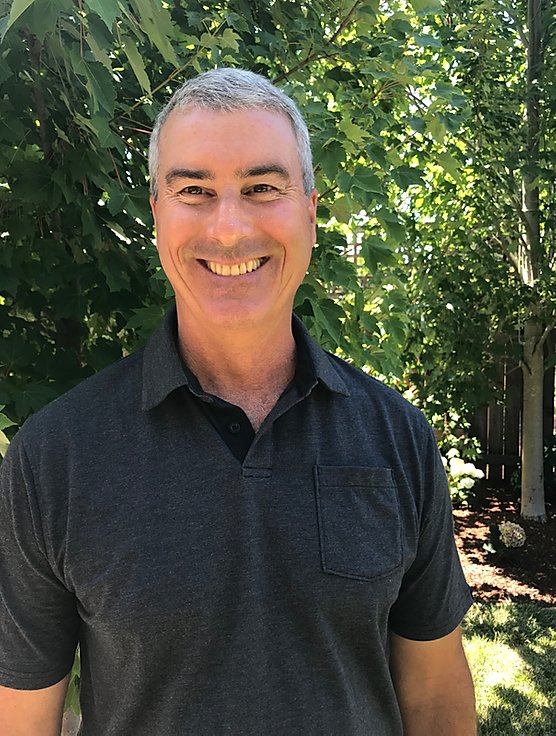 Holden holds a master’s degree in physical therapy and spent 23 years as trainer at Sonoma Valley High School, dealing with countless sports injuries and developing a certain expertise with concussions.

It was while treating a young football player with incapacitating neck pain that an unexpected healing gift took root. Working with the boy’s neck, Holden couldn’t resolve the problem, so he told him he’d have to miss the next game and probably couldn’t play for a couple of weeks.

The boy protested that he had to play. Holden told him he couldn’t. The boy adamantly responded, arguing, “You still don’t understand. I’m playing. I need to know how I can be playing. What do I need to do to get this to move?” That moment shifted the entire paradigm of Holden’s work.

“It was an open question,” he says, so he tried to answer it openly, not simply as a physical therapist, and the first thing that came to mind was a question of his own. “I need to know what happened with you and your girlfriend,” he told the kid, whose face turned white. “What’s this got to do with my neck pain?” he demanded.

So Holden told him, relying entirely on intuition, “I see an image of your girlfriend, and she’s right at your neck. It showed up, so we have to explore that.”

The ensuing conversation revealed an issue with the now ex-girlfriend, and the anger she was feeling toward the boy. “All that anger,” Holden intuited, “is in your neck. You’re letting her anger hold your neck hostage.”

Here’s where the story takes a left turn into the realm of healing not covered by insurance companies, mainstream physicians, or the understanding and approval of spiritual skeptics.

Holden guided the injured footballer through a process of accepting the truth about a painful relationship, finding where that emotional pain was physically embedded in his body, taking responsibility for it, accepting it and letting it go. That boy did play football in the next game and, Holden insists, “I didn’t do anything to him or with him or for him except give him permission to go through it and keep bringing the truth in. The truth sets you free, so it just lightened up and the pain went away.”

You won’t find a clinical explanation for this healing, and most conventional clinicians will deny it is real. Holden doesn’t care. He does what he does and the results are what they are. Interestingly, John Holden did not grow up in a family of New Age mystics. His healing strategies were outside the family norm, and for a time he tried to keep it that way.

“I grew up in Sonoma. My dad was a veterinarian, my mom was a schoolteacher. We weren’t into energy or psychic work or anything like that at all, so I kept to myself because it kind of went against what I grew up with.”

Holden didn’t start out being psychic, he just wanted to be a better free diver. On an annual diving trip to Mexico, he watched a friend descend to about 100 feet, shoot a fish, patiently stare down a moray eel with designs on his catch, and then ascend easily to the surface without even gasping for air.

When Holden expressed his astonishment at what he had just seen, the friend explained he had developed his skills “through a meditation place in San Francisco. You should check it out.”

So Holden did, and enrolled in a class, explaining his goal was only to become a better spear fisherman. The school is called Psychic Horizons, and it turned out that meditation was just part of a two-year curriculum.

What Holden learned there, he says, was “to look at my fears, seeing them as fears and not as stories told to me. So the more I went through my fears and learned to release them, being able to separate from energies that didn’t feel good and just let in my own light, I felt better.”

Holden says Psychic Horizons taught him “to see energy and to ask and listen, and to get my story out of the way.”

The healing experience with the injured teen convinced him to apply what he had learned in San Francisco to his physical therapy practice in Sonoma. “I’ve been using it ever since with my clients because it’s so easy if they accept responsibility for their body and their healing. From that point on, I just said, all right, if they’re open to it, I’ll do it. If they’re not, we’ll stick with the physical. I have no problem doing either one. It’s whatever they want. So, some kids would come in and they’d joke about it, like, ‘Hey, my foot hurts. Is this about my girlfriend?’ And I’d be like, ‘I don’t know, let’s look.’”

Psychically intuiting the emotional source of people’s pain is both unconventional and, in the eyes of many medical professionals, suspect. Which is fine with Holden. “It may scare a lot of people, and that’s OK. But this works, and it’s fun, and if people remember those experiences, they’ll have that forever.”

Holden stayed with the high school for 23 years, and no one objected. “I never had an ounce of pushback, and the parents were so glad I was doing it with their kids, they thanked me for being somebody that the kids could actually talk to about stuff and let stuff move through them. I didn’t push it on anybody. If they were open to it, it was another way to heal, and if not, then they could go traditional.”

Every physical sensation, Holden states, has an emotional response. And every emotion has a physical sensation. Distilled to its essence, the healing work Holden does is all about permission and attention around the sensation and response.

“If you give anything permission with attention, it keeps changing,” he says. “If it’s not, then there’s already fear and judgment on it. So if they can put permission and attention on [an illness]… it can stay as long as it wants. [Sometimes] the fear is that it’s going to get bigger and take them over. I say let it. Let it take you over. Totally surrender to it. It’s already got you a little bit. Let it get you a lot. And what happens? All of a sudden they’re not afraid of it any more, and now this [illness]finds a way and just leaves.”

It’s been a fun, fascinating journey.